Perry Sun is a product marketing professional for technology products.

Perry writes about marketing, content creation, and web design & development, with occasional diversion into other topics of interest.

It is never fun when marketing is accused of doing something wrong.

But when the accusation is publicly broadcast to everyone, it’s especially jarring for a company’s marketing department.

An article in The Intercept identified a prominent technical inaccuracy in a security-focused white paper published by Zoom. But no one in marketing ever wants to see the accusation right there in the headline – that marketing deceived a multi-billion dollar company’s massive customer base.

If you market technical or technology-based products, it is crucial to ensure any content you produce is fact-checked and vetted with your product managers, engineers, and other subject matter experts in your company.

This is especially important when you’re making prominent claims, or any statements relevant to matters sensitive to customers. Security, for example.

Remember that marketing is always first in the chain of blame whenever there is suspicion of a misleading or false public statement. Getting it right the first time matters – a lot. 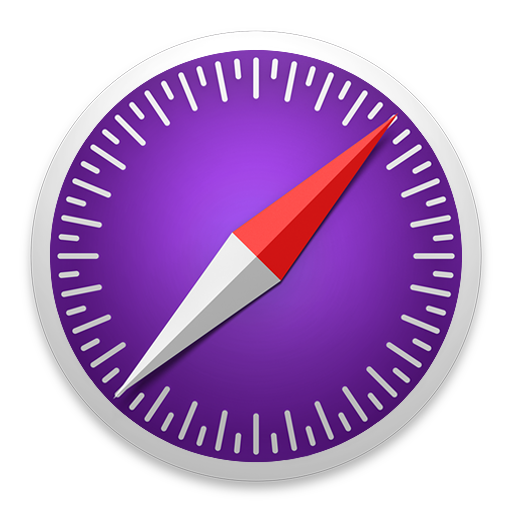 It’s not a surprise but a significant change nonetheless. First announced in 2019, Apple has now updated their Safari Intelligent Tracking Prevention (ITP) technology to block third-party cookies, thereby ending the ability for advertisers to track your web browsing habits.

The update will be rolled out over Safari’s desktop and browser apps as well as third-party iOS and iPadOS browsers (they’re required to use Safari’s WebKit browsing engine).

Because Safari’s share of the web browsing market isn’t significant, the digital ad industry will feel maybe some moderate pain from this dramatic change.

The real stinger, however, is due to to come in 2022 when Google has stated it will begin to block third-party cookies in Chrome (overwhelmingly number one in browser market share).

The digital ad industry is clearly freaking out over this, so it appears Google is slow-walking this to allow time for digital ad networks and marketers to make necessary adaptations to their business models.

Growth marketing is a hodgepodge of practices and hacks to a support a startup’s efforts to foster and sustain high velocity growth.

It’s often engaged in concert with raising money from venture capitalists, then spending huge amounts on sales and marketing to fuel rapid increases in customer acquisition and revenue within a short time period.

In doing so, startups prioritize growth over profitability, purposely generating big losses knowing more VC funding can easily be raised later. But that is changing, and changing FAST.

Founders are now being asked to demonstrate their companies can actually make money. This is forcing many of them to slash their sales and marketing spend.

I’ve seen bits of this happening, through observations of people on LinkedIn suddenly bounced out of their startup marketing jobs.

And now, with signs of a recession looming large, this could really accelerate.

Growth marketing usually does not mesh well with a traditional company’s marketing operations. This means that marketers laid off from a startup may find it hard to get into mainstream companies, except perhaps those looking for digital marketing expertise.

If you work in growth marketing, I would seriously suggest looking into opportunities in companies that are at least fairly well-established. And I would do it NOW, before all businesses cut back on their marketing spend in an economic downturn.

ZoomInfo is a cloud-based market intelligence platform for sales and marketing operations. It recently filed for a $500 million IPO. But needless to say, the filing is happening at a precarious moment of great volatility in stocks.

I looked over ZoomInfo’s website and discovered something noteworthy that’s typical for many cloud / SaaS companies. Their customer base appears to be heavily dominated by other SaaS startups.

It’s a potentially troubling indication that future revenue growth may seriously be in question. Startups have been raising millions, but losing big by spending heavily on marketing and sales to drive rapid growth.

But now, they’re more likely to pull back their spend dramatically as investors increasingly demand accountability in how their money is spent, and for founders to stop losing money and show them a viable path to profitability.

COVID-19 notwithstanding, it’s been reported from historically accurate sources that Apple will soon be introducing new MacBooks sometime between this spring and mid-year.

A focus on these new MacBooks will be a redesigned keyboard replacing the troubled “butterfly” design with a more traditional “scissor” mechanism.

Scissor keyboards are more traditional in laptops and were used in MacBooks before Apple made the switch a few years ago. The 16-inch MacBook Pro, launched last fall was the first to revert back to the scissor keyboard.

The butterfly keyboards were meant to be revolutionary from a company religiously exalted as the paragons of product design.

Instead, they were poorly received for being uncomfortable to type on. Worse yet, the butterly keyboards suffered from reliability problems that ultimately forced Apple to offer free repair services to address them.

This incident has undoubtedly dented into Apple’s longstanding reputation for exemplary product design. It’s something even their most devoted fans simply could not overlook themselves.

Personally, I’ve been fine with the keyboard feel and ergononmics, but will opt to have my MacBook Pro repaired for an operational flaw with the “k” key.

Less than 12 hours after posting this article, Apple introduced the latest MacBook Air, featuring what is called the “new” Magic Keyboard based on the scissor mechanism.

There are times when a business stumbles into a compromising situation that threatens its public reputation.

The reputation can be such that no amount of pure marketing effort will rescue.

In the first part of this article series, I featured the unfortunate circumstances with two consecutive system downtimes in Robinhood’s stock trading platform, and the negative impact to come for weeks, if not indefinitely, as the tech startup struggles to regain its footing.

It’s something that even the most positive marketing effort will not sufficiently address. If anything, it would most certainly reinforce the bad from the company. Only concrete, definitive actions from the top management ranks can begin to offer a glimmer of hope.

Update: since my previous article was posted, Robinhood’s platform went down for a third time. The company hasn’t openly communicated since then, despite previously addressing the situation directly with the public.

That, simply, is not good.

Sensor Tower caught in the act

I recently stated that we’re well past the controversy with social media collecting data on us.

Now, many other entities have feasted on the opportunity to exploit user data. Often, it happens without our knowledge. Take Ring, for example.

Or Sensor Tower, a startup that provides analytics on app usage. They’ve been delivering rather impressive, high-profile reporting on mobile app adoption trends for quite some time.

However, as reported by Buzzfeed, their ability to deliver such distinguished app usage insights appears to be the result of under-the-radar data collection activity, through a series of VPN and ad-blocking apps owned by Sensor Tower.

Since the exposé by Buzzfeed, Apple and Google have moved to shut down some of the apps in their stores.

It’s obviously a reputational black eye and an embarrassing situation.

And once again, something that only can be rectified through means well beyond what a social media or content marketing person can generically address.

The controversy over tracking users via social media is so 2018.

It’s widely known that many other parties have taken advantage of user tracking and data collection, and it’s clearly gotten out of control and downright abusive.

Now, browsers are getting aggressive and proactive about putting an end to it.

Firefox is beginning to activate Cloudflare’s encrypted DNS over HTTPS service, which will hopefully end the ability of ISPs and mobile service providers to snoop in on user website browsing activity. The data collected has allegedly been sold to third parties with the aim of targeting users with ads.

ISPs and the telecom industry are not impressed and have been lobbying to prohibit browsers, particularly Chrome, from being able to encrypt DNS traffic. Google is also planning to implement DNS encryption in Chrome.

DuckDuckGo, known for their privacy-focused browser, is openly sharing their data on online trackers and the internet domains they’ve accessed. The aim is to allow others to use the repository in their efforts to identify and block user tracking.

The data set is known as Tracker Radar and is available online at GitHub. While anyone can access and use the information, DuckDuckGo will also offer the data set as a paid license, in exchange for assistance with implementing the data to block tracking activity.

People who work in marketing typically play a significant role in defining their company’s brand and reputation.

But it’s important to remember that marketing isn’t necessarily the result of people who “do marketing.”

Marketing is about the specific actions and functions that determine and shape how a company is perceived in the eyes of its customers and the public.

And when things go badly, it can become an absolute nightmare.

Take Robinhood as a prime example. Because of the massive outages suffered with its stock trading platform, in the midst of two majorly intense days of market activity, Robinhood’s short and long-term reputation is on the line.

It’s unfortunate for those working in Robinhood’s marketing operations, because no matter how much of a positive image you try to project, it’s highly likely marketing actions themselves will not overcome a reputational black eye.

Instead, the result will be just the opposite: amplifying the company’s negative image and reminding everyone what happened.

Robinhood’s downtime will have cost their customers many millions if not billions in lost stock trade opportunities. As a first, all-important face saving measure, the company sent out an email to its customers from the co-CEOs.

Besides the standard formalities of apology and regret, the correspondence invites customers to get in touch directly with the company to address their concerns. Robinhood has stated they will offer compensation to customers on a case-by-case basis.

Please reach out to us here if you were affected by this outage so we can work with you directly to address your concerns.

This statement, together with the follow-on measures to remunerate customers, could well save Robinhood’s future. It’s not a marketing-specific action, but really does serve as such.

Marketing is a business function, no matter how it is carried out, regardless of whether it’s from someone on the marketing team or anyone else.

As a marketing professional, I routinely get solicitation emails from marketing vendors and service providers. That’s pretty much alright and expected.

Whenever I get such a message, I generally ignore it and move on.

But far too often, I get subsequent emails that build on the original message, as if to remind me that I was contacted previously, but somehow hoping I’ll feel guilty and follow up as a result. Like this one, in which the vendor tried to engage me three times.

This example is somewhat annoying, but nothing like other messages I’ve received with “Putting this at the top of your inbox” and “Getting in touch again because I haven’t heard back from you.”

I also frequently get something like “Trying you again one last time.”

Seriously – are you trying to give me an ultimatum or something?

Let’s stop using email to promote ourselves out of desperation.

If you’re planning to publish videos on YouTube with mention of the coronavirus, good luck. That is, if you’re expecting to continue monetizing with them. YouTube has made the sudden decision to demonetize videos with reference to the coronavirus epidemic. Apparently the move was to counter a flood of hoax videos on the platform.